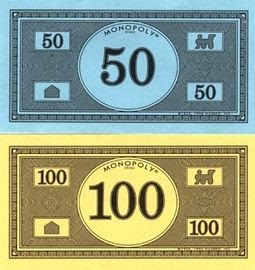 When I heard the news yesterday, I damn near shat myself. Citi-friggin-group is begging for, and will probably receive, more of America's money. A lot more. $300 Billion more. To be fair, we are covering the toxic shit if it goes south...and physically giving them $20 Bil cash, real money-not-monopoly type money.

But they can't give the auto industry $25 Bil...which is small potato's compared to $300 Bil. I know that sounds unusual since I blasted the auto makers yesterday in the post below.

At least the auto makers MAKE something. Citigroup makes nothing, they create nothing. What they do is legalized gambling for fuck's sake.

But they do that incredibly well don't you think? I mean....how else do you explain how they can figure out a way to manipulate the puppets in our government into giving them more money for doing nothing but being greedy and stupid.

I have friends that are suffering...they work hard, raise a family and are good human beings. They have to do something that hurts...let go of their home.

Yes, my beloved friends made bad decision's too. No doubt...but they have tried to fix those bad decisions, but cutting back and lowering their lifestyle. The bank that holds their mortgage wouldn't work with them..hopefully it isn't Citibank because then my head might explode...seriously.

The fact that greedy people and the corporations they run can get billions...while my friends get nothing...not even the tiniest bit of help, its mind-boggling. They aren't asking for money, they are asking for time..

Time to get it together. They want nothing more than time to break even.

It makes me batshit crazy...
This Bitchfest by Unknown at Monday, November 24, 2008