Federal Reserve refuses to disclose where our money is going and to whom. 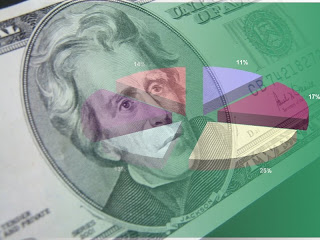 The fuckwits can not leave soon enough for me. From Bloomberg:

The Federal Reserve is refusing to identify the recipients of almost $2 trillion of emergency loans from American taxpayers or the troubled assets the central bank is accepting as collateral.

Fed Chairman Ben S. Bernanke and Treasury Secretary Henry Paulson said in September they would comply with congressional demands for transparency in a $700 billion bailout of the banking system. Two months later, as the Fed lends far more than that in separate rescue programs that didn’t require approval by Congress, Americans have no idea where their money is going or what securities the banks are pledging in return.

“The collateral is not being adequately disclosed, and that’s a big problem,” said Dan Fuss, vice chairman of Boston- based Loomis Sayles & Co., where he co-manages $17 billion in bonds. “In a liquid market, this wouldn’t matter, but we’re not. The market is very nervous and very thin.”

Bloomberg News has requested details of the Fed lending under the U.S. Freedom of Information Act and filed a federal lawsuit Nov. 7 seeking to force disclosure.

This is criminal and disgusting, we are talking about billions and ultimately trillions of dollars here.

This Bitchfest by Unknown at Monday, November 10, 2008