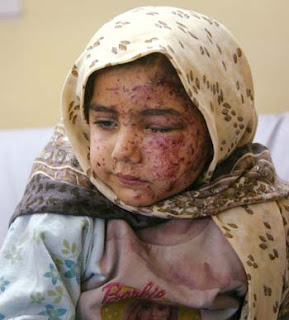 The SOFA was approved in an emergency session. The cough...agreement calls for U.S. forces to leave Iraqi cities by June 30 and combat troops to be gone by the end of 2011, unless the Iraqi government asks them to stay. Issues included the schedule for troop withdrawal, provisions for Iraqi legal jurisdiction over U.S. personnel and control over military operations.

An integral part of the agreement was the ability of Iraqi courts to go after American forces for crimes. From Jurist:

In particular, it gives Iraqi courts limited jurisdiction over American military personnel for crimes committed off base when the troops are not on an authorized mission. The SOFA must now go before the Iraq parliament for a final vote. AP has more. BBC News has additional coverage.

Last week, Iraqi Sunni Vice President Tariq al-Hashemi , one of two Iraqi vice presidents, called for a national referendum on any proposed SOFA. The agreement has been delayed by months of negotiation, and must still be approved by lawmakers in both countries.

Too bad they don't have real democracy which allows the citizens to decide this important matter..so really, this SOFA isn’t a real comfy place to lay your head and relax…not by a longshot.

There is, to paraphrase DCup, an icky personal post over here.
This Bitchfest by Unknown at Monday, November 17, 2008