Is everyone lawyer'd up now? 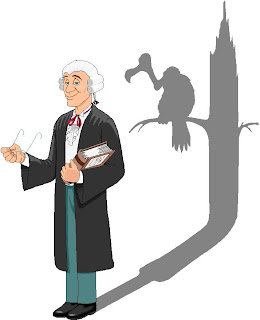 Since I spent one miserable year of my life running a law office for a blowhard bag o' batshit attorney in San Diego, I pay attention to legal news. Today we find Obama's team members who visited recently with Patrick Fitzgerald did in fact lawyer up for the event, which I don't blame them for one bit.

Rahm went local, as in a DC barrister. From the BLT:

Obama’s transition team tells Legal Times that Emanuel, the incoming White House chief of staff, has hired W. Neil Eggleston, a partner at Debevoise & Plimpton. Eggleston and Emanuel briefly served together in the Clinton administration in the early 1990s, when Eggleston was associate counsel to the president and Emanuel was a senior adviser.

Eggleston has friends in high and low places wouldn't you say?

Valerie went with a Chicago firm. Again from the BLT:

Jarrett, set to be a senior adviser in the Obama White House, has hired Vincent Connelly, a partner in Mayer Brown’s Chicago Office, according to the transition team. Connelly is a former prosecutor in the U.S. Attorney’s Office in Chicago. According to his online biography, “His criminal trial experience includes cases involving securities, antitrust, government contract and program cases, RICO, commercial and financial frauds, FCPA, and public corruption.”

He doesn't seem to have any political ties like the dude representing Rahm does. Lawyers..can't hang em, can't do without em..ya know? ;)
This Bitchfest by Unknown at Wednesday, December 24, 2008