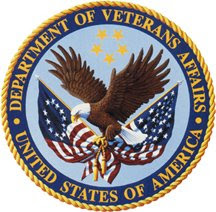 Christ, what a load of crap. I know I should not be shocked or surprised, but I am. From the CQ link:

The Veterans Affairs Department has been wrongfully recovering money from widows of deceased veterans over the last 12 years by demanding reimbursement for final benefits checks in violation of federal law.

Sen. Daniel K. Akaka , D-Hawaii, the chairman of the Senate Veterans’ Affairs Committee, confronted the department last week about the problem, which has resulted in hundreds of thousands of senior citizens losing pension and disability money received during the month of their spouse’s death.

“This flawed practice has caused serious hardship for many widows,” Akaka said. “I suspect that the improper procedures have harmed thousands of widows and widowers over the last 12 years.”

Congress granted veterans’ spouses the right to keep their partner’s final month of benefits when it passed the Veterans’ Benefits Improvements Act of 1996. The law instructed the department to treat disability and pension checks issued during the month of a veteran’s death “as being payable to a surviving spouse.”

But the department never adjusted its systems to follow the law. As a result, the department has routinely either refused to send checks or taken active measures to retrieve money already sent, including collection actions.

Rotten bastards.
This Bitchfest by Unknown at Friday, December 12, 2008