Where will they go?? How about home? 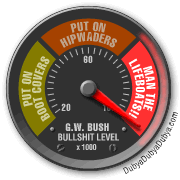 I am talking about Gitmo, and the 'prisoners' that are still held there. From Jurist:

A spokesman for Australian Prime Minister Kevin Ruddsaid Saturday that Australia would be willing to consider acceptance of Guantanamo Bay detainees on a case-by-case basis, according to a report in The Australian. Rudd's spokesman confirmed that Australia, along with other countries, has been approached by the United States concerning prisoner resettlement possibilities. Australia strongly supported US policy in the "war on terror" under the leadership of former prime minister John Howard and was complicit in the Guantanamo detention of Australian national David Hicks, who was finally transferred to Australian custody in 2007. While no final decision on the closure of the detention camp has been reached, US President-elect Barack Obama remains committed to closing the facility.

The prospect of closing Guantanamo Bay has raised concerns about where to relocate the released prisoners. US Secretary of Defense Robert Gates recently ordered the Pentagon to draft a proposal for closing the facility in anticipation of a possible presidential order. Germany and Portugal have both stated a willingness to accept Guantanamo detainees in support of the facility's closure and have urged other countries to do so as well. The Netherlands, on the other hand, has said it will not accept detainees for resettlement and Spain has expressed strong reservations. The United Kingdom has said it will consider transfers on a case-by-case basis. French officials Friday suggested a unified European Union stance on the issue but France has not explicitly expressed a willingness to accept detainees itself. France holds the European Union presidency through December 31.

What a fucked up mess, how many were tortured, how many are innocent..and yet...these people have never been convicted of doing shit. We paid people to rat them out, we held many of them for years before letting them go home....it makes me scream.
This Bitchfest by Unknown at Sunday, December 28, 2008