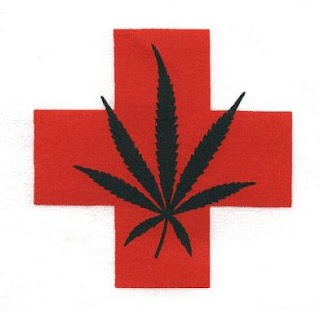 This bit of news this week had me smiling don't cha know:

In response to a question at a Wednesday news conference, US Attorney General Eric Holder said the Justice Department will no longer raid medical marijuana dispensaries in states where they are legal under state law. The announcement marks the fulfillment of a President Obama campaign promise, and it marks the end of 13 years of stubborn federal resistance to state medical marijuana programs.

DEA raids of medical marijuana facilities in California continued after Obama's election in November and even after his inauguration last month. Holder was asked if those raids represented Justice Department policy under the new administration.

"Shortly after the inauguration there were raids on California medical marijuana dispensaries. Do you expect these to continue?" the reporter asked, noting that the president had promised to end the raids in the campaign.

Praise Buddha! The reason this is grand news here in Bakersfield is that all our dispensaries were raided so they all have been closed for over a year, do to fear of another DEA raid, which btw all raids were sanctioned by our redneck DA and Head Sheriff. Only one dispensary owner was charged with federal crimes, the rest just lost all their inventory and money in the bank.

Nothing like a four hour trip to pick up a prescription, ya know?

This Bitchfest by Unknown at Saturday, February 28, 2009