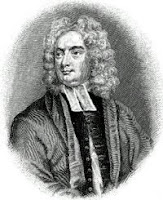 Found this during a google search for something..don't remember what exactly. I have missed Jon Swift and wondered what was up with his lack of blogging over the last year. From the FireDogLake link:


Jon Swift’s mother broke the news to us in the only way she knew how to: Buried deeply in the comments section of her son’s last, tragically brief post on the death of another friend. In it, she said,

I don’t know how else to tell you all who love this blog. I am Jon Swift’s Mom and I guess I’m going to OUT him. He was Al Weisel, my beloved son. Al was on his way to his father’s funeral in VA when he suffered 2 aortic aneurysms, a leaky aortic valve and an aortic artery dissection from his heart to his pelvis. He had 3 major surgeries within 24 hours and sometime during those surgeries also suffered a severe stroke. We, his 2 sisters, his brother, his partner and his best friend since he was 9 years old were with him as he took his last breath. We have all lost a shining start who warmed our hearts, tormented us and made us laugh as he giggled at our pulling something over on us. He passed away on February 27, 2010. My beloved child will live on in so many hearts. I miss him more than I can say. If you are on Facebook, go to organizations and join "Friends of Al Weisel, Unite!" It will give you just a taste of how special he was. Farewell, Jon (Al)

He always answered emails I sent him, and occasionally put in a good word for my blog with the 'big blogs', thus getting a post of mine linked to by the big guns in the blogosphere. He was a good human and a great blogger. His humor was magnificent and usually the rightwing nutters that happened onto his site never got 'the joke', thinking he was truly a neocon...which of course couldn't be farther from the truth.

Here is a personal blog post from a close friend..it contains more information on Jon/Al and explains why some of us really loved him and his humor.