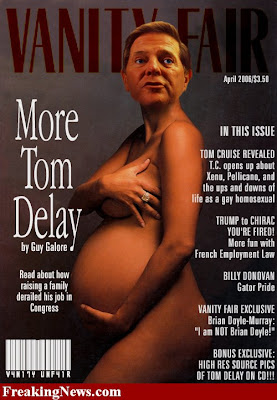 We can only hope. From TPM:


Five years after he was charged with conspiracy and money laundering in an alleged scheme to funnel corporate money into the 2002 Texas elections, former House Majority Leader Tom DeLay may soon stand trial after a ruling by a state appeals court cleared perhaps the final remaining obstacles in the case.

And his lawyer tells TPMmuckraker DeLay couldn't be happier with the state of the case.

"He wants to go to trial. He's been wanting to go to trial from the very beginning," says Dick DeGuerin, the high-profile Texas defense attorney who is representing DeLay. "There's no evidence by any stretch of the imagination that could convict him."

Overturning a lower court Wednesday, the Texas Court of Criminal Appeals ruled in a case brought by DeLay's two co-defendants, John Colyandro and Jim Ellis, clearing the way for the case to move forward. The Austin American-Statesman reports:


The Texas Court of Criminal Appeals unanimously ruled that the lower state 3rd Court of Appeals erred when it accepted the co-defendants' arguments that the money laundering law did not apply to them because the funds involved were checks, not cash. The all-Republican court, in effect, said the lower court acted prematurely.

The state's highest criminal court also dismissed the defendants' constitutional challenge that Texas' law banning corporate donations was too vague or overly broad to be understood.

We must be positive...or negative..what-the-fuck-ever...that Delay and his cronies will get to do the perp walk one of these days....whilst I can still revel in the deliciousness of it all. Please excuse all the photoshops of Delay. I despise that lyin' sumbitch with every fiber of my being. 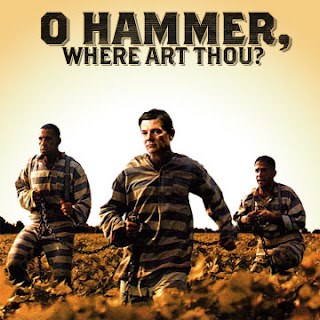