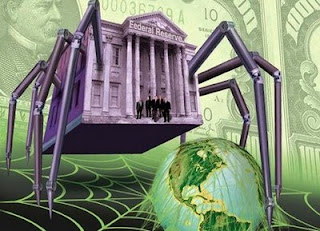 Daniel Indiviglio is a former investment banker and consultant who now writes about that industry for The Atlantic. His recent article explains how the lobbyists influenced, or as I call it, wrote the financial reform bill that Dodd and Frank pushed like crack dealers. From his writeup:


There are easily dozens of sections where their persuasion can be felt, but here are several striking examples.

Auto Dealer Exclusion
Perhaps one of the most egregious lobbyist influences was a key exclusion from the Consumer Financial Protection Bureau. When you think about consumer credit, a few products immediately come to mind: mortgages, car loans, and credit cards. But wait! Car loans -- one of the most prevalent types of consumer loan -- are excluded entirely from the Bureau's reach. While it isn't likely that auto loans will ever cause a financial crisis, neither will credit cards. Yet there are certainly auto loan shops that could use dastardly tactics worthy of as much attention as the regulator pays to credit card companies.

Derivative Spin-Off Provision
To see a truly strange legislative effort, check out how one of the more controversial derivatives provisions in the bill turned out. Initially, all banks would be forced to put their derivatives business in a separately capitalized subsidiary. That is, until lobbyists got their hands on it. Now, banks can create certain sorts of derivatives, but not other sorts. Foreign exchange and interest rate swaps, for example, are okay. But commodities and energy swaps aren't. Is corn riskier than the euro? Probably not. So what's the explanation? One industry source I spoke with theorized that futures exchanges may have pushed for the ban on commodity and energy derivatives created by banks. The over-the-counter derivatives (a market run by banks) market ate away at exchanges' market share once banks started getting into the business. Now banks are out of the picture regarding these products.

Volcker Rule
Another extraordinarily watered-down provision compared to the original conception is the so-called "Volcker Rule," meant to limit proprietary trading by banks. The final bill limits the amount of money dedicated to this function to 3% of a bank's Tier 1 Capital. That should allow all but a few banks to proprietary trade in the same way they have in the past. Moreover, the rule inexplicitly limits the amount of a private equity venture or hedge fund that a bank can own to 3%. This ultimately benefits banks, because they need less skin in the game to convince outside investors to participate in a venture or fund.

It's a good read, so I suggest you click the link and read his entire piece.  He talks about 'too big to fail' and Frannie and Freddie as well. For a nitwit like myself, it's well written and easy for me to comprehend. This...cough...bill...is weaker than my bladder after an evening of boozing it up.
This Bitchfest by Unknown at Tuesday, July 06, 2010