What I am NOT thankful for.... 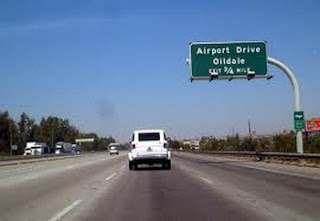 The State of Working America is something I am not thankful for, nor am I proud of. Tao, a wonderful intelligent human and fellow blogger, whom I just recently discovered, does informative, enlightening and damn educational blog posts on whats wrong with Amerika and why. I mention Tao because his recent series on Progressive Economics is a must read..so go fucking read it before the carbs and shit make you lazy tomorrow.

Back to the first link from EPI (Economic Policy Institute)...the series today is about poor children. It literally makes me cry, then highly pissed the fuck off when I read shit like this:


More than one in five children under age 18, and almost one in four children under age six, were living in poverty in 2009. The Figure, from EPI’s forthcoming State of Working America Web site, shows how poverty rates for different age groups have changed in recent decades. Widespread job loss during the latest recession, along with reduced hours and slow wage growth, have all contributed to higher rates of poverty.

I live in one of the poorest neighborhoods in Bakersfield, it's called Oildale and btw..not by choice. Oildale was created way back when, for the white folks that were showing up to work the oilfields that had been discovered, and later became a magnet for folks escaping the midwest when farming became non-existent during the Dust Bowl era. Parts of The Grapes of Wrath is based largely on Oildale and what went down here during the Dust Bowl era.The worker camps, which were really nothing more than prison camps for the poor field hands which we now call farm workers, are part of the history of this area. Oildale is nothing more than wooden ramshackle houses or cheapass rundown apartment complexes and every face you see is at or below the poverty level. But enough about my 'hood'. Back to the EPI report:


Individuals are officially considered poor when their family income falls below the poverty threshold.  The 2009 poverty threshold throughout most of the United States was an annual income of $14,570 for a family of two and $22,050 for a family of four (thresholds are higher in Alaska and Hawaii). The comparatively low poverty rate among the over-65 population is largely attributable to Social Security, which lifts millions of seniors out of poverty.

First off..I call bullshit on the official poverty threshold. If we are struggling on my spouse's social security and my disability payments, I damn sure know every family in Oildale is doing the same thing. The cost of living in Bakersfield is a whole lot less than say...Detroit, San Diego, Los Angeles, Houston and probably every other larger city in the U.S. So, I can't begin to imagine how families with children, or the disabled, or the unemployed survive in other areas and cities. The folks that live and work in this neighborhood make minimum wage, you can bet your sweet ass on that fact and if you are disabled or unemployed you live in Oildale as well...because it's the cheapest area there is around these parts. The EPI report on minimum wage and it's decline and effect doesn't make me feel warm and fuzzy either:

Although each legislated increase in the minimum wage has served to increase its value, the Figure shows these increases have generally been short-lived, with inflation naturally eroding its purchasing power over time. As a result, the current value of the minimum wage is well below its historic peak in the late 1960s. EPI’s 2009 paper Fix It and Forget It notes that increasing the minimum wage stimulates the economy by giving workers more spending power. It proposes amending the minimum wage law to guarantee a consistent wage standard that will ensure that it keeps up with inflation and overall wage growth.

Well, in Cali, that ain't happening because Ahnold has gutted or ended every fucking program that helped the poor or disabled since his worthless ass took over. I feel quite sure that he did that because, as most folks know...the poor and disabled have no voice in our state or federal governments. They Don't Count and their votes count even less to those in power since historically poor folks don't get out and vote.

And that is wrong on every fucking level that you can think of.

Voting isn't a priority when your ass is poor or just struggling to make it from one day to the next...sorry but it's not.No matter how hard I try to get these folks around me registered to vote, I hear the same thing from them...nothing is gonna change girl....and I can't argue with them because it hasn't changed in Oildale for over a hundred years.

And the Politicians count on that.
This Bitchfest by Unknown at Wednesday, November 24, 2010