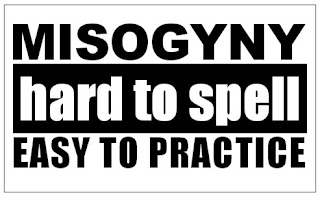 Actually Debbie is more than a batshit crazy. She is an evil, disgusting hot mess of hatred, jealousy, racism, bigotry and even toss in a side of misogyny. Oh yeah..you don't have to be a male to be a misogynistic bag of shit.

Lara Logan was covering the Egypt uprisings the day Mubarak stepped down, she was brutally raped and beaten in Liberation Square. She owes her life to a group of Egyptian women and soldiers that rescued her from a crowd of males that had separated her from her film crew so they could beat and sexually assault her. The story should end there, but it doesn't.

Back here in the US, numerous assholes in the media took to writing various pieces that attacked the victim. I will not link to those pieces directly because I refuse to give those fucking assholes anymore publicity than they have already received. Slate has a write-up here on the most heinous of them, which includes Debbie Schlussel's disgusting blog post. Debbie's piece is by far, the most horrific of them all. If you aren't familiar with this friggin wingtard, her wiki page is here. Let me save you the trip...she is a far right nutter that thinks all muslims and generally all brown people are horrible and should be shot and killed on sight. This is a bit of irony as her father was the son of immigrants...but I digress. From the Slate link, a short blurb on Debbie's take regarding Ms. Logan's brutal rape and beating while she was doing her job:


And the ever-heinous Debbie Schlussel was quick to jump on her regular line of racism, noting how the assault happened in a "country of savages," because that never ever happens anywhere else, and it's never committed by light-skinned people! She then twisted the knife by going after Logan herself, saying, "So sad, too bad, Lara. No one told her to go there. She knew the risks. And she should have known what Islam is all about. Now she knows... How fitting that Lara Logan was 'liberated' by Muslims in Liberation Square while she was gushing over the other part of the 'liberation.'" Debbie Schlussel, what's it like to be so liberated from the burden of having either a mind or a soul?

One of the idiots, a male, that ran his piehole about what happened to Lara Logan was forced to resign his fellowship at NYU when no one laughed at his supposed joking about her situation via Twitter. This asshole was left of center politically which shows that ignorance isn't always right of the center.

Schlussel calls Logan’s rape a liberation, as a disgusting play on words. How callous and cold-hearted is that? I can not wrap my mind around that phrase. I can not understand how a woman can use that phrase when describing another woman’s brutal raping.

People refer to Schlussel as a pundit. I think of her as a brain dead bag of shit who is consumed by hate and self-loathing and like Rush Limbaugh, will say anything to get her face front and center in the news. For sick fucks like Schlussel and Limbaugh, any press is good press.

So, as Debbie Schlussel sits in her warm and cozy home in Detroit and talks shit about Lara Logan, one can only wonder if she would have what it takes to go into a war zone and report like Logan has done time and time again. Somehow, I don't think that evil, soulless cunt would..in fact..I would bet my last dollar she couldn't.

I know I couldn't.

Visit msnbc.com for breaking news, world news, and news about the economy
This Bitchfest by Unknown at Wednesday, February 16, 2011