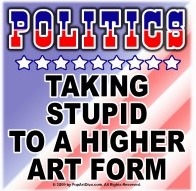 Every state in our country is having budget problems, this is not news. But a Federal Judge ordering the State of WA to cease and desist a budget cut which would literally take food out of the mouth’s of legal immigrant children is news. From the Seattle PI:


A federal judge has temporarily stopped Washington from eliminating food benefits for thousands of legal immigrants, after the state was planning to whack the program to save $7.2 million.


The cut had been scheduled to take effect Tuesday.


The Department of Social and Health Services had planned the cut to help balance the current dismal state budget. By dropping the program, the state was also expecting to save an additional $45 million in the next budget cycle, which faces a massive $4.6 billion deficit.

Last week, U.S. District Court Marsha Pechman imposed a temporary restraining order against the state. In a ruling issued Friday, Pechman wrote that the food program provides legal immigrants a vital resource, which, if eliminated, would create an “irreparable harm.”


“While the public’s interest is served by conserving the resources of the state, the need to the Plaintiff and class members is extreme and substantial. Plaintiff’s and class’s suffering ‘is far more compelling than the possibility of some administrative inconvenience, or monetary loss to the government,’ ” Pechman wrote, citing a previous court case.

Will the right call this judicial activism? I call it compassion and having a moral compass. Who in the blue hell thinks it is ok to cut out food benefits from a budget for families that are here legally? Violating the ‘Equal Protection Clause‘ should of been a clue to these mindless fools right out of the gate as well, because they were not going to cut those benefits for anyone born here. Sounds like ignorance with a healthy side of bigotry and/or racism to me. 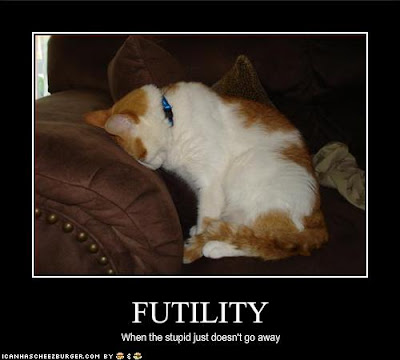 This just makes you wonder about the IQ level of those we elect to public office, doesn’t it? I know it makes me wonder…
This Bitchfest by Unknown at Friday, February 04, 2011