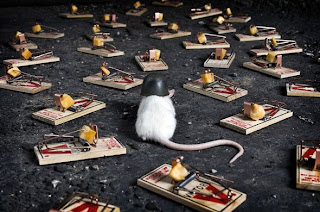 When it comes to attacking women's health needs and going after the working class..man, those douchenozzles on the far right are hitting them outta the friggin park lately.

Of all the things Planned Parenthood does..abortions take up a whole three-fucking-percent of their work. Yet, Mike The Fuckwit Pence and his toadies have managed to tar and feather them with the broadest paintbrush imaginable, pushing thru a bill/amendment that eliminates all their funding. Talk about fucking retarded. These jive-ass mutha fuckas will have you believe they are doing Gawd's work, yet the truth is this: They will actually drive up the number of abortions given in this country by wiping out Planned Parenthood.

But don't let the facts get in the way of their fuckery..oh hell no. Congress Critter Jackie Speier tells us that the assholes in the GOP need to stop demonizing women who have had legal medical procedures:


Visit msnbc.com for breaking news, world news, and news about the economy

Then we have the dolt who governs the state of Wisconsin. Jesus-friggin-Christ is he really that stupid or just hoping to hell the rest of america is? His thinly-veiled attack on unions is the biggest cheapass shot taken yet and I stand up and salute those Democrats that fled the state and have to now sit on their hands in Illinois hoping this fuckwit comes to his senses and gets a grip on reality. No one is going to sit by and let this fucktard take away their bargaining rights. No one. Not without a fucking fight.

Did he really think it was going to be a walk in the friggin park on that point? I know the Democratic Party is a bunch of fucking babies but we aren't talking about elected nitwits..we are talking about hard-working Americans that have children to feed, cars to gas up,driveways to shovel out when it snows and mortgages to pay.

Being sick and stuck in bed, the only thing I can do, besides sleep and bitch, is watch tv. I don't know what is making me sicker...the shit I see going down in Wisconsin or the assholes in the House trying to sell me a bag of bullshit about Planned Parenthood and their wicked friggin agenda of abortions for everyone, on demand, all the time...etc..etc..etc.

It simply amazes me how fucked up the people who are elected to govern are. How they would screw their neighbors to death for what amounts to nothing but a ball sac of bullshit. It's all about Power for them. Nothing more, nothing less...Power..the ultimate aphrodisiac for the idiots on the right.

Then, there is the Koch Brothers money involved in this fuckery too. Americans for Prosperity my ass.

All I want is to be able to breathe without the aid of a machine...and quit watching tv at this point. The shit is down right fucking depressing.

I also want Mike Pence to go straight to hell, do not pass go and do not collect two hundred dollars. Same goes for the asshole Governor of Wisconsin.
This Bitchfest by Unknown at Monday, February 21, 2011