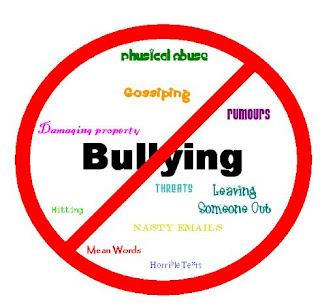 Congress Critters Al Franken and Jared Polis have introduced a bill to protect students from the hateful practice of bullying. This protection would extend to all students attending a federally-funded school. From Jurist:

US Representative Jared Polis (D-CO) and Senator Al Franken (D-MN) [official websites] on Thursday introduced legislation to protect lesbian, gay, bisexual and transgender (LGBT) students in federally funded public elementary and high schools from bullying. The Student Non-Discrimination Act (SNDA) [materials] was reintroduced in both the US House of Representatives and the Senate [official websites] prompted by the suicides resulting from anti-LGBT bullying of several students in the past year. The SNDA is modeled after Title IX [20 USC § 1681 et seq.] of the Education Amendments of 1972 and would establish a comprehensive federal prohibition of discrimination against LGBT students in public schools. The act would also prohibit schools from discriminating against students based on actual or perceived sexual orientation and gender identity, as well as prohibit schools from ignoring harassment. If enacted into law, violations of the SNDA would result in the loss of federal funding and provide a legal cause of action for victims who encounter discrimination in public schools. The American Civil Liberties Union(ACLU) [advocacy website] supports the legislation [letter, PDF] and decries the treatment of LGBT students in public schools:


The recent tragic deaths of young gay students from across the country underscore the fact that LGBT students are an especially vulnerable population in our nation’s schools. Discrimination and harassment, even physical abuse, are often a part of these students’ daily lives. … The Student Non-Discrimination Act would have a profound impact in improving the lives of LGBT students by ensuring that discrimination and harassment of students on the basis of their sexual orientation or gender identity has no place in our country’s public elementary and secondary schools.

Wow, makes me feel good to know that 126 people have signed on to co-sponsor this bill. Of course, the question I have is this: How many of them are republicans? Anyone want to bet the answer is zero?
This Bitchfest by Unknown at Monday, March 14, 2011