How many times did McCain say ‘My Friends’ last night? 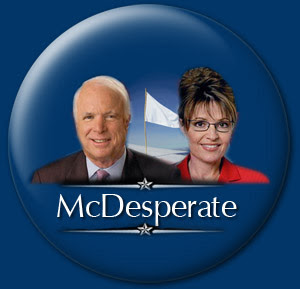 Twenty-four according to this from the LA Times. That includes the singular use of the word. From the LAT writeup:

It is the most pronounced verbal tic in modern American politics — John McCain’s incessant use of the phrase “my friends.”

For months, it has provided blog fodder. During the Republican National Convention, it spawned a truly inspired Slate offering from Paul Collins, who traced the phrase’s use through the ages (one of his conclusions — “as a crowd bludgeon in modern political speechmaking, ‘my friends’ can be laid at the feet of one man: William Jennings Bryan).

Occasionally, it’s been reported that aides have advised McCain to curb his use of the line. But clearly, that’s a losing battle — in Tuesday’s 90-minute town hall encounter with Barack Obama, the Republican uttered “my friends” or “my friend” (directed at a specific questioner) 24 times.

It’s a damn shame that the Republican running for President condescends to pretty much everyone. His use of the word can many times be taken as condescending…add that to his temper…and you have a man unfit to lead.

This Bitchfest by Unknown at Wednesday, October 08, 2008