Obama has double digit lead in most polls..nationally 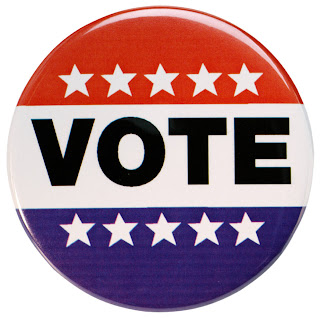 He is actually picking up voters in...wait for it..

West-By-God-Virginia
Sweet Jesus in a speedo...say its so! Well, the Newsweek link above says we shouldn't get too excited about WV:

In defense of Chris Matthews and Co., it's easy to see why it's such an attractive subject for speculation. For decades, the thoroughly working-class West Virginia--one of only two states to vote for Jimmy Carter in 1980 AND Michael Dukakis in 1988--was among the bluest states in the union. In fact, Republicans managed to win West Virginia only twice between 1960 and 1996--during the massive GOP landslides of 1972 and 1984. But now the tables have turned. In 2000, the state chose George W. Bush over Al Gore, 52 to 46 percent; four years later, Bush doubled his winning margin to 13 points. The story--for what its worth--was that West Virginia's white working class had chosen to vote its values (Republicans) over its economic interests (Democrats).

But the article goes on to say neither candidate is paying much attention to WV. Why the hell is that?

Perhaps it is because they only have 5 Electoral votes...but meanwhile...

The LA Times has these words of wisdom:

The new poll results also show voters' positions hardening, like cement, with 89% of both registered and likely voters "certain" of their vote, along with 96% of Republicans and 95% of Democrats.

When third-party candidates such as Bob Barr and Ralph Nader are added to the polling mix, the results change little. It's 47-39 Obama over McCain among registered voters and 48-39 among likely voters, with Nader capturing a non-decisive 3% of vote and Barr only 1%.

All I know is...I am tired of this election...and I want it over now! Whoever wins better have their Secretary of the Treasury picked and who is going to lead us out of this recession/financial meltdown.

This Bitchfest by Unknown at Tuesday, October 14, 2008