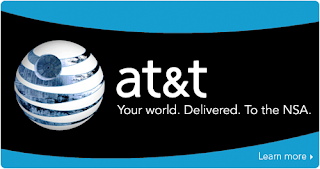 Early in 2007, just as her husband launched his presidential bid, Cindy McCain sought to resolve an old problem -- the lack of cellphone coverage on her remote 15-acre ranch near Sedona, Ariz., nestled deep in a tree-lined canyon called Hidden Valley.

Sen. John McCain, is a senior member of the Senate commerce committee, which oversees the telecommunications industry.

Isn't that special? Sure is..So is this:

McCain and his campaign have close ties to Verizon and AT&T. Five campaign officials, including manager Rick Davis, have worked as lobbyists for Verizon. Former McCain staff member Robert Fisher is an in-house lobbyist for Verizon and is volunteering for the campaign. Fisher, Verizon chief executive Ivan G. Seidenberg and company lobbyists have raised more than $1.3 million for McCain's presidential effort, and Verizon employees are among the top 20 corporate donors over McCain's political career, giving his campaigns more than $155,000.

McCain's Senate chief of staff Mark Buse, senior strategist Charles R. Black Jr. and several other campaign staff members have registered as AT&T lobbyists in the past. AT&T Executive Vice President Timothy McKone and AT&T lobbyists have raised more than $2.3 million for McCain. AT&T employees have donated more than $325,000 to the Republican's campaigns, putting the company in the No. 3 spot for career donations to McCain, according to the nonpartisan Center for Responsive Politics.

"It raises the aura of special consideration for somebody because he is a member of the Senate," said Stanley Brand, a former House counsel for Democrats and an ethics lawyer who represents politicians in both parties.