Hey Hank! Where did all that money go dude? 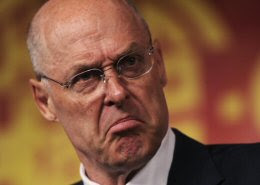 According to Robert Reich, $300 Billion has been spent and went to:

What happened to all the money? About a third has gone into dividends the banks are paying their shareholders. Some of the rest into executive salaries and bonuses. Another portion toward acquisitions designed to raise share values. Another chunk for bailing out giant insurer, AIG.

That's not what taxpayers bargained for. Paulson originally told Congress he'd use the money to buy mortgage-backed securities that were clogging the financial system. He'd create a market for them by holding a kind of reverse auction, buying them from the banks at the lowest prices they'd be willing to sell them for.

But Paulson has abandoned that strategy and is now just handing the money directly to the big banks, and AIG -- all of which are using the money for their own purposes. It's the worst type of trickle-down economics. Taxpayers are sending the money upward, and almost none of it is trickling back down.

I really did not need to read that first thing this morning....no, I surely did not. I can't have any coffee, I can't eat anything, I can't take my meds...all because I am getting an 'upper GI' this afternoon.

Man, I am friggin grumpy as hell and Bob didn't make it any friggin easier.

Thanks Bob. Yes, the truth hurts..especially at 6:45 in the morning.

Hank Paulson, do you know what you are doing? Are you criminally insane or just leisurely fucking us in the ass dude?
This Bitchfest by Unknown at Wednesday, November 19, 2008