California must release up to 57,000 inmates 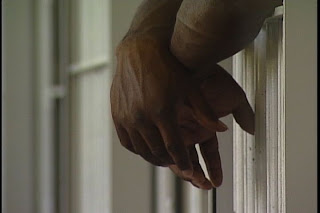 A special panel of Federal Judges has ruled that CA must remedy the massive overcrowding in our state prisons by releasing up to 57k worth of jailed inmates. From Jurist:

A special panel of federal judges tentatively ruled (pdf) Monday that California must reduce its prison population in order to relieve overcrowding. Based on the evidence presented, the panel concluded that overcrowding has resulted in the state's failure to deliver constitutionally-adequate mental and physical health care to inmates. The panel found that a release order is the only appropriate remedy for the unconstitutional prison conditions, stating:

Other forms of relief suggested by various participants are without adequate evidentiary support or appear infeasible as well as incapable of curing the violations presently existing in the California prison system.

State Attorney General Jerry Brown opposed the decision, commenting, "The court’s tentative ruling is not constitutionally justified. Therefore, the state will appeal directly to the U.S. Supreme Court when the final order is issued." The release order would mean that prisons could only hold 120-145 percent of design capacity, requiring the early release of an estimated 36,000 to 57,000 inmates. Those opposed to the release order fear that the state does not have the funds for the support programs associated with the release of such a large number of inmates, but the panel asserted that decreasing the number of inmates could save the state $900 million annually in prison costs.

I am hoping that means a lot of the folks in jail for cannabis will be set free. This has been on going for years now. The Federal government has been ordering CA to properly care for it's inmates but the rulings fall on deaf ears evidently.

The reason is ironically healthcare and the disgusting lack of basic healthcare for state inmates. They are packed in like friggin sardines as witnessed below. Rats overcrowded like this go crazy... 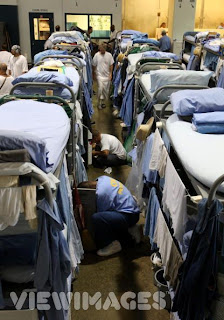