Penn's newest documentary is based on the District Attorney's office here in Kern County.What it's really about are the individuals that were arrested, tried and convicted on charges of child molestation. It's about how it ruined their lives and those of their families, children, friends and neighbors.

All the molestation cases were overturned by the State Supreme Court. All of them. What really makes this a gross miscarriage of justice and prosecutorial misconduct is that it took up to 20 years to overturn them all. 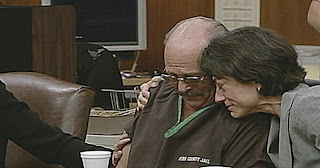 The documentary was recently shown on MSNBC. MSNBC has an excellent section up on the cases and the documentary. Let me tell you just a little about Ed Jagels and these cases, from a post I wrote in 2006. There is another post I wrote specifically about the child molestation cases here. :

Kern County has had prosecutorial misconduct raised as an issue 108 times over the past quarter-century..about twice the rate of similarly sized counties. That ain’t good sportsfans. Eddie has been in office for 23 of those years...since 1983.

Ed Jagels office prosecuted a series of Child Molestation cases in the 1980’s..29 defendants went to jail for terms upwards of 400 years..Sounds like a lot for this small town with a population of 271,000 doesn’t it? So far, the State Supreme Court has overturned..and I quote from a website for Edward Hume, who wrote a book about Eddie entitled “Mean Justice”: The worse case of prosecutorial misconduct in California history, People vs. Pitts, occurred on Jagels watch, in which seven men and women served more than six years in prison: the appeals court that reversed the convictions spent more than 100 pages detailing the examples of prosecutorial misconduct in the case.”

These are the most heinous cases to date, but there are others. But I digress..the website for the documentary gives you a concise view of the carnage:

Executive Producer Sean Penn proudly presents "Witch Hunt," a gripping indictment of the United States justice system told through the lens of one small town. It's John Stoll's story, but it's also the story of dozens of other men and women who found themselves ensnared in a spiral of fear, ignorance and hysteria. These people are Americans, working class moms and dads, who were rounded up with little or no evidence, charged and convicted of almost unimaginable crimes. All sexual. All crimes against children. Years, sometimes decades later, they would find freedom again, but their lives and the lives of their children would be changed forever. This film shows viewers what the real crime in this case is, not molestation, but the crime of coercion. Viewers hear from the child witnesses who were forced to lie on the witness stand as they describe scary sessions with sheriff's deputies in which they were told -- not asked -- about sexual experiences that happened to them. Their coerced testimony led to dozens of convictions. Many times their own parents were the ones they put behind bars.

Soon after the trials, the children started to crack. They told adults of the lies they'd been forced to tell on the stand and hoped it would make a difference. It didn't and the convicted continued to sit in prison. As the allegations grew more outlandish, California's Attorney General wrote a scathing report on the court misconduct, but instead of being buried by criticism, Kern County District Attorney Ed Jagels thrived, doing what he did best-- putting people away. He boasted one of the highest conviction rates in the country. This strategy served him well. Jagels is still in office today. Through new interviews, archival footage, and unflinching narration by Mr. Penn, the filmmakers construct an intimate film that illustrates a universal point; when power is allowed to exist without oversight from the press, the community or law enforcement, the rights of everyday citizens can be lost for decades. National film critic Marshall Fine says, "This is a chilling story about American law-enforcement run amok and untethered. It's particularly timely in the wake of revelations about the way the Bush administration has trampled American civil rights. A movie that can't help but move you - to tears and to action."

This happened in my town, where I live and have resided for over seven years. It happened before I moved here, but it should stand as an embarrassment to everyone that calls Bakersfield their home.

Tomorrow night there will be a showing of this documentary here in Bakersfield at the Fox Theatre (tickets available here). Sean Penn will be in attendance I have been told. The money raised will go to a good cause I hope..as I will plunk down my $30 bucks to attend.

Update: The money goes to The Innocence Project. They are the folks that took up the cause of some of the wrongfully convicted individuals. 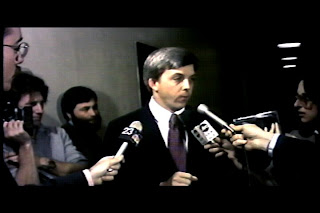 Do you think Ed Jagels will be there? Highly unlikely..but it would be interesting if the scumbag did show up. For more information on this miscarriage of justice..here are some links to news items.

Photos from the documentary Witch Hunt, the press package from the film's website.
This Bitchfest by Unknown at Monday, April 27, 2009