Are you stressed about the 'stress test'? 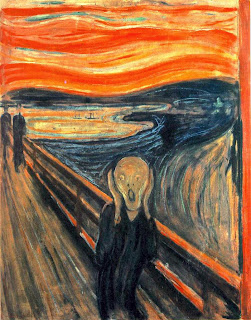 You aren't? Well shit, the banks aren't either!

The 'too big to fail' banks know the government will give them what they need to stay afloat. After all, according to Dick Durbin they run Congress. But..what if they are wrong on that? From the NYT:

But that does not necessarily mean the banks will get that money from the government. The findings, to be released Thursday by the Obama administration, suggest that the rescue money that Congress has already approved will be enough to fill the gaps. If so, the big bailouts for the banks may be over.

All of this assumes that the economy does not take another turn for the worse, which would result in even more losses at the banks — and the need for even more money to prop them up. But hopes that the tests will be a turning point in this financial crisis electrified Wall Street on Wednesday and some overseas markets the next day. Financial shares soared, lifting the broader American stock market to its highest level in four months. The Dow Jones industrial average rose 101.63, or 1.2 percent, to close at 8,512.28 Wednesday, while Japan's Nikkei index rose more than 4 percent by midday Thursday.

Now, I could give a rat's ass how the 'markets' reacted. I am really friggin tired of seeing the Dow Jones on the bottom of the screen on MSNBC all fucking day. If you have any stocks at this point in time..you can afford to wait for the upswing. It will come you know..but it might be awhile.

Did you read Timmy Geithner's OpEd? No? Oh well, just step right up and click that linky folks!

What? You don't give a shit how Timmy sells us another boatload of bullshit? Even if this time it's the stress test and his version of recent history. Ok, you are forcing me to post some of his fuckery here:

The president came into office facing a deep recession and a damaged financial system. Credit had dried up, forcing businesses to lay off workers and defer investment. Families were finding it difficult to borrow to finance a new house, buy a car or pay college tuition. Without action to restore lending, we faced the prospect of a much deeper and longer recession.

President Obama confronted these problems with dramatic action to address the housing crisis and to restart credit markets that are responsible for roughly half of all business and consumer lending. The administration also initiated a program to provide a market for legacy loans and securities to help cleanse bank balance sheets. These programs are helping to repair lending channels that do not rely on banks, and will contribute to fixing the banking system itself.

However, the banking system has also needed a more direct and forceful response. Actions by Congress and the Bush administration last fall helped bring tentative stability. But when President Obama was sworn into office in January, confidence in America’s banking system remained low.

Because of concern about future losses, and the limited transparency of bank balance sheets, banks were unable to raise equity and found it difficult to borrow without government guarantees. And they were pulling back on lending to protect themselves against the possibility of a worsening recession. As a result, the economy was deprived of credit, and this caused severe damage to confidence and slowed economic activity.

It seems to me that Timmy explains things like he is talking to a ten year old. I am not ten years old. I do not need for Timmy to tell me a 'story'.

I know what happened and when thanks to PublicIntegrity.org and ProPublica.org. I know how crappy things were when Obama took over the oval office Jan 21, 2009. I know that the Obama administration is just as good as Bush's was..when it comes to explaining how they spend our money.

Don't condescend to me buddy. It pisses me the hell off, and frankly, doesn't make you look very good either.
This Bitchfest by Unknown at Thursday, May 07, 2009