Soldier that killed five on third tour in Iraq 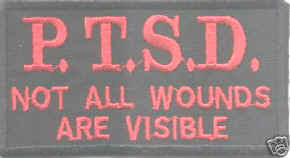 The U.S. military has charged an American sergeant with five counts of murder and one count of aggravated assault after he allegedly went on a shooting spree at a counseling center at a military base in Baghdad, officials said Tuesday.

Maj. Gen. David Perkins told reporters that the charges were filed against Sgt. John M. Russell of the 54th Engineering Battalion based in Bamberg, Germany. Russell was taken into custody following the Monday shooting at Camp Liberty.

Perkins said the dead included two doctors -- one from the Navy and the other from the Army. The other three dead were enlisted personnel.

He said a probe has also begun into whether the Army has enough mental health facilities in Iraq.

Separately, officials told NBC News that doctors had diagnosed Russell with some kind of stress ailment, and either the doctors or Russell's commander ordered that he be disarmed.

There was reportedly an altercation between Russell and the clinic staff and he was escorted from the area by an armed soldier. At some point, Russell seized that soldier's weapon, returned to the clinic and allegedly opened fire, killing the five victims.

If he can't plead temporary insanity or aggravated PTSD, I don't know who can.
This Bitchfest by Unknown at Tuesday, May 12, 2009