Bill Maher- extremists can not call themselves Christians.

Bill Maher's new rules were pretty good last night. The good part on christian crazies starts at 2:42 and he also takes a potshot at Obama's 60 minutes interview about 'getting our head examined' if we don't believe Osama should of been killed on the spot. The video below is courtesy of our friend Heather at CrooksandLiars


Heather's money quote on the so-called christians of the extreme right:


I think Maher makes some great points here and on a regular basis about what has become of the Christian right these days where there are way too many of them lauding violence and with no regard for the poor and the downtrodden and that seem to love the Old Testament while ignoring pretty much all of the New Testament and the message of nonviolence and social justice.

Spot on Woman! Jesus won't be welcoming those fucks into heaven, he will have the detour sign up I am quite sure. The following graphic is from Rook. 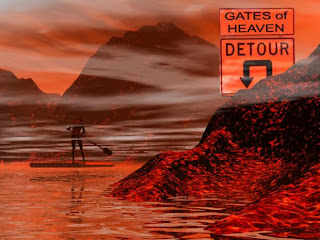