We aren't sending any clear messages to the terrorists people...seriously, we aren't. 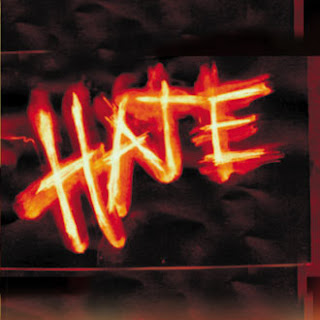 If I hear that phrase (we are sending the terrorists a message...blah blah..fill in the rest yerself) one more friggin time, I am gonna lose my lunch or my head will explode, I swear to Buddha.

Its that type of skewed logic that keeps our soldiers in Iraq and Afghanistan and our money flowing to places like Pakistan. Pakistan...don't get me started on those two-faced yahoo's. That anyone actually believes we can 'pay them off' to be our allies..well, they are either delusional or lying. Pakistan's leaders take our tax dollars (or money borrowed from China) and smile, then they go and laugh their collective asses off about how stupid we are to give them money when they hate us and work to kill us.To them, we are nothing more than Stupid Americans with bags of money.

And that makes me sad because so many Pakistani's are poor and live in squalor. So many have never been inside a classroom to learn how to raise themselves up from the bottom of the barrel.

Yet Pakistan has nukes...and that's some scary shit I know. But giving them billions isn't changing anything, no one will ever convince me that it does. How much of that money makes it down to the poor that need it the most? Corruption is rife in Afghanistan, from the head fuckwad all the way down..so why do we think it's any different in Pakistan?

The terrorists will never go away, we will never kill or jail them all..they have something that guarantee's they will fight to the death to end America as we know it..it's called hate. It's instilled in them as early in their lives as possible and hate is something that is hard to wipeout..just look at various parts of our own country that still treat people of color or anyone different as shit...as anything but equal. The ACLU has to file lawsuits to keep states like Arizona and now Utah, from instituting hosed-up, so-called immigration laws designed to make individuals second class citizens m'dear reader.

If we can't end racism and inequality in our own country, how the fuck do we think we can end global terrorism?

We need to clean our own house before we try to force others to clean theirs. Its a no-fucking-brainer.
This Bitchfest by Unknown at Thursday, May 05, 2011