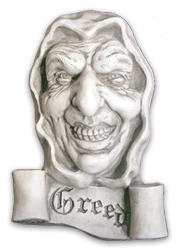 I have blogged ad-friggin- nauseum about BP’s lack of safety in all areas of oil drilling and refining. These fuckers simply do not give a tinkers damn, and consider the fines levied against them the cost of doing business.

Lets recap, shall we?

First, the Alaska pipeline. NBC News had a piece in 2006 about BP having not only knowledge of how bad the state of their pipeline was, but they hadn’t performed normal proactive maintenance procedures for over 15 years. The fact that they poisoned a huge area of Alaska with their oil spill, and didn’t blink an eye over it should tell you what their priority is..money..make it while you can and screw the environment. Some parts of the pipeline are quoted as being “paper thin”. The environmental disaster would be horrific.

Next the explosion at the TX refinery which killed 15 workers in 2005. Four years later, they had major safety issues that still had not been addressed. From the Telegraph article:

BP has been handed a record $87m fine for “outstanding life-threatening safety problems” at its Texas City refinery where an explosion killed 15 workers and injured 170 in 2005.
Hilda Solis, the US Labor Secretary, said authorities had found 439 current “wilful and egregious” safety violations which “if unaddressed could lead to another catastrophe”.
“This administration will not tolerate disregard of our laws,” she added.
The US Occupational Safety and Health Administration visited the refinery 17 times over four years and it claims that 270 notices to correct hazards have not been rectified.
There have been four additional fatal incidents at the Texas City refinery since the 2005 explosion.
One worker was crushed between a lift and a pipe rack, another was electrocuted while working on a light circuit, a third was killed when the top blew off a pressure vessel, and a fourth was hit by a front-end loader.
“There were some serious, systemic safety problems within the corporation and specifically within this refinery,” said Jordan Barab, acting assistant secretary of labor for OSHA. “Just the fact that there are so many still outstanding problems, life-threatening problems, at this plant, indicates that they still have a systemic safety problem.”
As I said, they pay the fines which are usually less than what it would cost them to actually fix the fucking problems. These pigshit mutha fuckas need to be criminally charged for these issues. It will be the only way to wake these bastards up..perp walk the upper echelon of management into federal court on murder charges for starters.

But I ain’t holding my breath..nope. The past and current administrations did not and do not have the balls to do that. A history of not giving a shit will continue, which means people will continue to die and nothing will change. Eleven workers lost their lives in the Gulf Disaster last week…just chalk it up to the cost of doing business….right gents?
This Bitchfest by Unknown at Friday, April 30, 2010