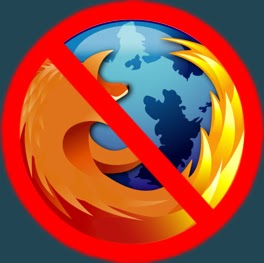 I have used FF for almost a decade now and had been quite happy with this open source, free browser...had being the operative word here. Up until six months ago, I never had problems with it hanging or crashing on me. It was fast and efficient as hell.

Those days are over and I have been turning to Google's Chrome, or the other alternative Opera, more and more often the last couple of weeks. Both Chrome and Opera are lightening fast and neither has ever hung and/or crashed on me yet.Opera has been a back-up browser for me for over a decade and they are updating it again, which makes it even more desirable.

So when I happened upon this writeup over at Slate..I of course had to read it with a title like this: Shitty Firefox Browser Refuses to Let Itself Be Called "Shitty" . It was funny as hell but also spot-friggin-on. The author is using the current beta version and it's the same as the latest version, according to Mr. Scocca..as in it has the same damn problems. Scocca isn't a rookie in the Browser world, so he knows what he is talking about. From his writeup:


Because this is a beta, it has a feedback feature, which invites you to select a smiley face or a frowny face and to tell the creators of Firefox about what is or isn't working. I had already used the frowny face to send a polite notice about the no-typing problem. But when the cursor stopped responding again, while I was trying to rebuild a blog entry that I had lost in a hang-and-crash... I know they're supposed to be a nice bunch of hippies, making a free product, which is fine, but enough is enough.
And so here is what you get if you use the frowny face to ask Firefox what the fuck is wrong with their shitty fucking browser:


Your comment contains swear words (fucking, fucking, fuck, shitty). In order to help us improve our products, please use words that help us create an action or to-do from your constructive feedback. Thanks!

Here's a constructive to-do for you, FireFox: take your kindergarten-principal attitude, wrap it around your useless browser, and cram them both up your gosh-darned poop-hole.

When you just lost all your work because your browser took a shit..you are obviously not in a good mood, that should be a given. FireFox needs to fix it's problems and deal w/the reality of pissed off customers, whether it's free or not..or my happy ass will be moving over to Chrome or Opera full time. Chrome and Opera don't have as many bells and whistles as FF, but if the browser I am using crashes and hangs multiple days a day..what good are those little 'extras'?  I do know that moving everything (passwords, bookmarks, etc) to a new browser is a HUGE pain in the friggin ass..but it's looking more and more like it's my only alternative. Heavy Sigh....
This Bitchfest by Unknown at Tuesday, June 28, 2011