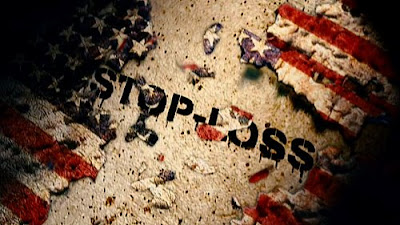 Some jackass at the Heritage Foundation, who is also safely living in the United States, describes the military's Stop-Loss Program thusly:

"It generally helps prevail in conflict and avoid the further loss of life," said Eaglen, "because as a trained unit, this group has functioned together, they've lived together, they've fired weapons together, so they will in theory be a more effective fighting force."

Fuck your theory pal...seriously. It is a backdoor draft, among other things.

It is estimated by CBS News that 12,000 soldiers are being 'stop-lossed' by the Pentagon currently. As one mother of a stop-loss soldier said in this article:

No one will convince me otherwise. Stop the Stop-Loss. Now.
This Bitchfest by Unknown at Sunday, December 07, 2008