Hey Obama, why not Sudan if your in an warmongering mood? 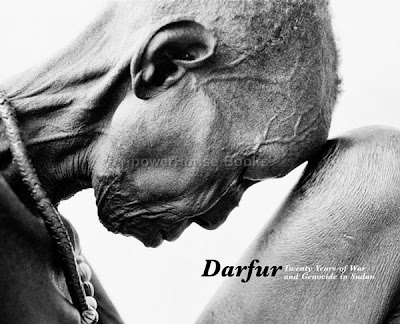 If our head honcho wanted to attack a nation that has a civil war/genocide action going and is Muslim..why didn't he go into Sudan? I mean really, you wanna spend money we don't have, go whole hog dude and kick some ass in the Darfur region..ya know what I mean fer christ sakes?

Darfur has been in a constant state of civil war since 1983, if not longer. WTF? They have friggin oil too if that is the main reason for going into Libya, which is my general  take on the fuckery and why the US, France,etc went batshit into the hell hole known as Libya.

Sudan has been listed as a terrorist-supporting state since Bush was sitting his ass in the Oval office.

Ah, but the Chinese are pretty much running the show in Sudan and the IMF (Intl Monetary Fund) controls the purse strings. That the IMF is involved tells you that keeping Sudan poor and broke is the goal. Fucking IMF and their economic control over impoverished nations should be bombed out of existence in my pov...but that is probably not going to happen any time soon, just based on history.

That, in a friggin nutshell is why Sudan in general and Darfur specifically are royally fucked and Obama could give a shit.

Guess I answered my own fucking question.

Ps...back at home, but moving slowly and in a lot of pain. Wearing a big-assed, nasty back brace too, which the doc says I will have to continue for around three months..oh joy to that bit o' news. . I think a 95 year old woman gets around better than I do at this point. So saying I am a tad cranky is an understatement. ;)
This Bitchfest by Unknown at Monday, March 21, 2011