No, I don't back Obama on Libya. 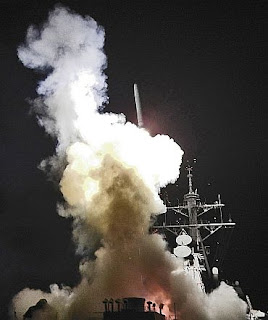 I don't give a rat's ass if over half the population backs Obama's move into Libya. It's wrong,  and it's not going to friggin work. Here is why:

The so-called revolutionaries are nothing more than a rag-tag bunch of men that have no clear goal, and no clear leader.

That is all you need to know. If those folks can't agree on what they want, and they can't...then nothing we do there is going to help them overthrow batshit crazy Col.Qaddafi. Now, we have one of our pilots shot down.

Obama picked the wrong fucking fight to back. He is blowing millions of bucks, we don't have, on a losing team.

It's just more bullshit and bravado coming out of the Oval office. It's also a great way to take pressure off this administration's shortcomings with regard to jobs and bringing down the deficit.

Personally, the deficit is not something I give a rats ass about right now. I don't want unions busted, public workers fried and/or laid off, and I don't fucking want another war on foreign soil.

Let the Arab Nations fight this one, it's not our war, it's not our fight, and it's fucking not worth the millions we are spending. We have outfitted all our cough...friendly Arab Nations with the best military's money can buy...so where in the blue fucking hell are they in this nightmare?

On the sidelines as usual, changing their mind's like most people change their friggin underwear. Fuckers..
This Bitchfest by Unknown at Tuesday, March 22, 2011