This better be worth it: AK to finally release Palin's emails.. 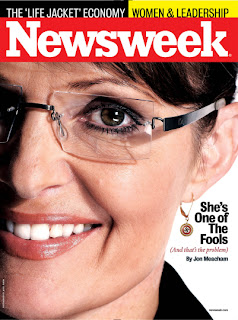 We have only been waiting two years for these suckers..so I hope to hell they are comedy gold. From Slate's John Voorhees:


Reporters staking out Sarah Palin’s “One Nation” bus may soon have some reading material to help them kill some time.
Alaska state officials are preparing to release more than 24,000 pages of Palin’s emails from her time as governor, the Anchorage Daily News reports.
But officials say they are withholding 2,415 pages that are privileged, personal or otherwise exempt from the state’s disclosure laws. As the Daily News notes, it also “remains to be seen how many of the released emails are going to be at least partially blacked out.”
A host of media organizations requested the records during the 2008 presidential campaign, when Palin was named as a the Republican VP nominee. But at the time state officials said they weren’t prepared to handle the requests for a number of reasons, including an antiquated electronic database system and the fact that Palin commonly used a personal Yahoo account to conduct official state business.
State officials say that they have now finally finished sifting through the email accounts of more than 50 state employees to round up those emails Palin sent or received from her Yahoo account. The records are now on their way to a commercial printer, and are expected to be shipped to media outlets in the coming days.

Wait, they are withholding how many? Those are the good ones..you KNOW they are!  This may turn out to be nothing...damn it and I wanted some new material on this friggin moronic woman that has the ability to dupe millions of rubes.

UPDATE: Gee whiz, The Palinator's bus was vandalized with signs calling her a media whore..LOL..ya think?
This Bitchfest by Unknown at Wednesday, June 01, 2011